Good morning. Welcome to the ancient town of Fenghuang. The ancient town of Fenghuang you are visiting now was rated as one of the two most beautiful small towns in China by the eminent New Zealand writer, Rewi Alley. Bordering on the scenic areas of Mengdong River in Northwest Hunan and Fanjing Mountain in Guizhou, the town provides access roads to Huaihua, Jishou of Hunan and Tongren of Guizhou. It is the birthplace of the illustrious Chinese writer, Shen Congwen, Picturesque in scenery, abounding with historical sites, the town of Fenghuang makes an ideal sightseeing destination. The town boasts eight notable tourist sights: Sunrise at Dongling, Nanhua’s Wooded Hills , the Playful Fish Dragon Pool, the Mountain Temples' Bell Tolls, the Dazzling Peaks, Moonlit Bridges on Streams, Lanjing Woodcutters’ Folk Songs, and Fange's Rolling Waves. Ancient towers, quaint compounds dating back to the Ming and Qing dynasties, and flagstone-paved street remain a common sight in the town. In the town's vicinity, there are such striking sights such as the National Forest Park of Nanhua Mountain, the well-preserved Ancient Tang Dynasty town of Huangsiqiao, the Underground Qiliang Cavern Arts Palace, miraculous, rocky, and wind-driven Jianduoduo Waterfall, mysterious Gaodabu Gorge, General-like Three-gate Cave Rock, and scenic Tunliang, Fenghuang, Elephant Trunk, Tianxing and Lale Hills.

The town is not only a scenic area but also the birthplace of great men. Zheng Guohong, commanding officer of Chuzhou of Zhejiang, Tian Xinghu, provincial military commander of Guizhou, Xiong Xiling, the first Prime Minister of the Republic of China, Shen Congwen, an illustrious Chinese writer and Huang Yongyu, an outstanding Chinese painter are Fenghuang natives.

The Former Residence of Shen Congwen

Walk down a flagstone-paved road, you will get to No.10 Zhongying Street. The house was the former residence of Mr. Shen Cong-wen, an illustrious Chinese writer and archeo-logist. The house was built by his grandfather, Shen Hongfu, in the first year of the Qing Dynasty Tongzhi Emperor's reign (1886). Shen Congwen was born on December 28, 1902 in this combination Ming and Qing style quadrangle like house. He spent his boyhood and formative years here. His family's financial situation declined when he was young. In 1917 Mr. Shen left his hometown and joined the local army at the age of 15 and then spent years roaming around along Yuan River, and You River, witnessing war-torn areas. From these experiences, he developed a great interest in writing. In 1919 Mr. Shen went to Beijing and started his writing career with great difficulties. His literary works like Border Town and Northwest Hunan made him well-known in Chinese literary circles, and he became almost as famous as Lu Xun, who was 20 years older than him. Following the 1950s, Mr. Shen devoted himself to the study of traditional Chinese garments, writing The Study of Traditional Chinese Garments, a remarkable academic work in the field.

Mr. Shen's works and his personality share the following qualities: natural, honest, diligent, profound, and dignified. Mr. Shen wrote literary works of five million words in his lifetime, a great contribution to the treasure house of world literature, leaving behind him priceless historical resources in the study of Old China and Old Northwest Hunan.

The Former Residence of Xiong Xiling

As we pass through Fenghuang's Hall of Fame, which is a side arm of the Confucius Temple, a flagstone path takes us to No.10 Wenxing Street. This is the former residence of Mr. Xiong Xiling,the first prime minister of the Republic of China.

Xiong Xiling, who styled himself as Bingsan, was born in the small bungalow on July 23, 1870. Even in his boyhood, he earned a name of Hunan Prodigy. He was a successful candidate in the imperial examina-tions at the county level at the age of 15, at the provincial level at the age of 21, and to crown it all, a palace graduate and awarded a title of a great scholar in the Imperial Academy at the age of 24.

Having made a name in the world, he vigorously campaigned for constitutional reform and modernization. He started the reformist periodical, the so-called Hunan Newspaper, and founded the School of Current Political Affairs and the Changdexilu Normal School. As famous as Tan Sitong in Hunan, he was one of leading forces in the 1898 Constitutional Reform and Modernization Movement. Some of his students became outstanding revolutionaries such as Xiang Jingyu, Lin Boqu, Teng Daiyuan, Song Jiaoren (a leftist in the Nationalist Party) and Jiang Yiwu (Commander-in-chief in the Wuchang Uprising). He served as financial inspector of three northeastern pro-vinces, governor of Rehe province and finance minister of the republic. In 1913 he became as first prime minister of the Republic of China. The government he worked in was eulogized as ‘Cabinet of Talents’. Yuan Shikai dissolved the cabinet and removed Xiong from premiership for his criticism of Yuan's dictatorial rule. After leaving the govemment, Xiong Xiling started a number of businesses and undertook charity work. He ran the Xiangshan Orphanage and when Fenghuang County was struck by a severe drought in 1925, ruining the rice harvest, Mr. Xiong raised 100,000 silver dollars, 40,000 of which were donated by Mr. Mei Lanfang, an eminent Peking Opera actor, for relief efforts. In his late life, Mr. Xiong served as president of the Chinese Red Cross and threw himself into field rescue work in the War against Japanese Aggression, making outstanding contributions in fighting Japanese invaders. Mr. Xiong Xiling died of a disease at the age of 67 in Hong Kong on December 5, 1937.

Fenghuang County includes an historic landmark that was formerly known as “Zhen Gan”. It was the govemment seat of five stockade villages during the Ming and Qing dynasties. The city wall consists of mud that was revamped with bricks in 1556. During the reign of Emperor Kangxi, the town acted as the govemment seat first of the directly affiliated district, then as the district deputy governor seat, and finally as the military headquarters for the River Chen and Yuan's local forces. The city wall was rebuilt with stone in 1715 during Qing Emperor Kangxi's reign, It is 2,000 meters in circumference. Four gates to the town were built on four sides, each with a tall gate tower: the Eastern Gate (the Gate of Sheng Heng) , the Southern Gate (The Gate of Jing Lan), the Western Gate (the Gate of Fu Cheng) and the North Gate (The Gate of Bi Hui). Xue Yue, the commander-in-chief of the Ninth Theater of Operations and then governor of the Nationalist Party Hunan Provincial Government, argued in 1940 that the walled towns were sitting ducks for air strikes and were difficult to evacuate. He further argued that once walled towns fell to enemies, it was hard to retake them. He therefore ordered that all the city walls in Hunan's counties be pulled down. As a result, all the walls and gates were dismantled, save for the Eastern Gate and Northern Gate. These two gates were kept in place to guard the town against floods, but their battlements and forts were removed. The ruins of the broken walls remain visible between the Eastern and Northern Gates.

The Bridge of Rainbow and the Scenic Area of Sha wan

This is the Rainbow Bridge, built during Ming Dynasty Hongwu Emperor's reign and then renovated in 1670. There used to be a storied pavilion on stilts on the bridge housing a dozen shops in it. Unfortunately, the pavilion and its archways were torn down in 1956 owing to a road expansion project.

Standing under the bridge there are a row of century-old stilted houses. Down below, dragon boat races, a traditional Fenghuang sports event, are regularly held. During the Moon Cake Festival, local people turn two freight boats into a racing boat and compete in a boat race in this small river.

Walking down the bridge, one comes in sight of three scenic spots in Shawan: the Moonlit Bridges over Streams, the playful Fish in Dragon Pool, and the Dazzling Peaks. There used to be eight scenic wonders here, but only three remain now.

ladies and gentlemen , welcome to Fenghuang, the place where were arriving is one of the two most beautiful town in China----the old town of fenghuang,

its a very important point that connects huaihua hunan and tongren guizhou together.and its the hometown of mr shengcongwen.

fenghuang has wonderful natural landscapes,its very hot for travelling since the old time. even a lot of teleplays were produced here.fenghuang is also a dradle for famous people ,shencongwen and xiongxiling are both spent their childhood here.

now, lets set out to enjoy these fantastic good views.

THE FORMER RESIDENCE OF SHENCONGWEN

This is the former residence of shencongwen,a very famous auther, archaeologist and historian in china.

lined in the zhongying street in the south part of the fenghuang old town, the residence is a typical spacious ancient countryard with special tectonic style of ming and qing dynasty. walk into the yard, you can find that there is a small patio in the center of the countryard. which is built with red rock. around the patio , there are about 10 rooms which are small but decorated by special carved wooden windows .its so beautiful.

common people,and know their tragic lives. this special experience stunned up his enthusiasm of writhing . so in 1919, mr shen went to beijing alone, and began his hard writing . after his series of works WEST OF HUNAN FRINGE TOWN were punished, mr shen became nation -wide well -known.at that time, he was even

as famous as luxun, another famous auther in chiese literature area. its said that shencongwen is the one who is the most possible to win the prize.

mr shen devoted all his life to writing,his 5-million word works are though as the precious legacy to the world literature.meanwhile, these works are also very

veluable date for researching the history of hunan province and even china.

work of different additions. in the center of the middle room .there is a mr shens line drawing hanging on the wall. the left fringle room is mr shens bedroom and another one on the right is full of marble desks and chairs. 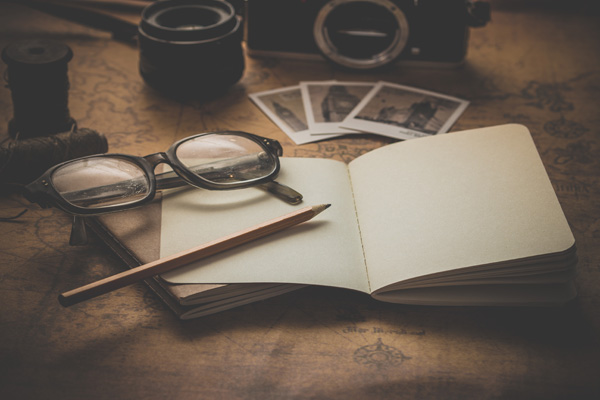